Sirmium was one of the most significant city’s in Roman Empire. Ten Roman emperors were born in this city or in its surroundings and another eight lived here. Remains of Sirmium stand on the site of the modern-day Sremska Mitrovica, my hometown.

Puzzle illustration is portraying a feast at the palace in a humorous way. Common people at the time had a very simple diet, consisting of porridge, bread, seasonal fruits and vegetables. Nobility at the palace on the other hand enjoyed all the rare animals and plants from every corner of the empire. This illustration is showing extravagant lifestyle of rich and powerful in ancient times, underlined with boredom and self aggrandizing, two biggest concerns of the nobility. 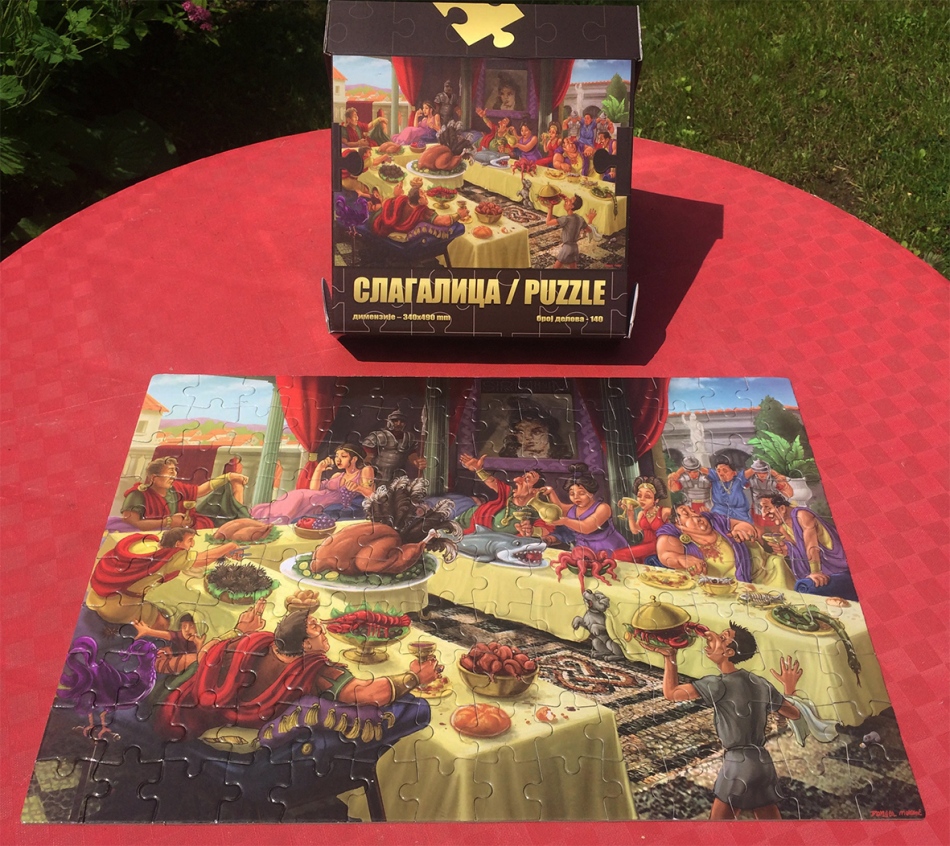 This entry was posted on June 3, 2017 by danijelmatanic. It was filed under Uncategorized .